New DST release: "Runaway" is OUT NOW and available until 31.July 2022. featuring on the compilation entitled "Universal Care vol.2." of the Hungarian label Dubwise No Compromise together with many artists from the Hungarian dubwise and dubstep scene!

All incomes offered for charity purpose!

Please support the project with a share or you can purchase the compilation!
See more details taken from the the facebook site of the label:

With Russia's invasion of Ukraine in February 2022, many people were forced to flee their homes because of a senseless, brutal war. In order to help, we're releasing this compilation album, with all proceeds going to Migration Aid, an organisation that helps refugees arriving in Hungary from Ukraine.

This is the second release of our label, it will be available only for a limited time, between June 01 and July 31, 2022.
https://dubwisenocompromise.bandcamp.com

We are very proud to announce the next Frozen Plates release! This time we have a very special producer ... it's Cadik!

Cadik is among the very first pioneers of the Hungarian electronic music scene. He started playing DJ sets in the very early ‘90s, showcasing rarely heard, but highly rewarding instrumental and abstract hip-hop records.
In ‘93-’94 he found himself drawn to, and then a part of, the emerging jungle scene, and the drum n bass sound that followed, but his main love was always, until this day, hip-hop.

Cadik has also made award-winning movie soundtracks, and it’s no secret that he was part of an extremely popular Hungarian pop music band called Anima Sound System.
Thus, his musical journey en route to dubstep has been nothing short of adventurous. His first brush with dubstep was in the very early years of the genre, bearing witness to the seed of the sound that we call dubstep today.

Along the way he has crafted tons of his own 140 bpm / dubstep tunes, most of which are kept in locked away in a veritable vault, never having been released. Those in attendance over the years have no doubt heard some of these during his live DJ sets.
To summarize a brilliant, 30-year journey through music in just a few sentences doesn’t do justice to the creativity and artistry of this living legend.

Cadik – "Pasar EP" is a very special release for all of us here at Frozen Plates. For this occasion, we commissioned a full-sleeve artwork.

Our brothers in bass at Jah-Tek kindly premiered one of the tracks on our forthcoming FZP19 release. It showcases Cadik's canny knack for blending traditional Southeast Asian instruments within intricate and chaotic drum patterns. Through it all, Cadik keeps it masterfully minimalist, resulting in one of 2022's most rewarding listens! 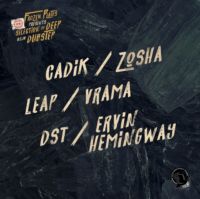 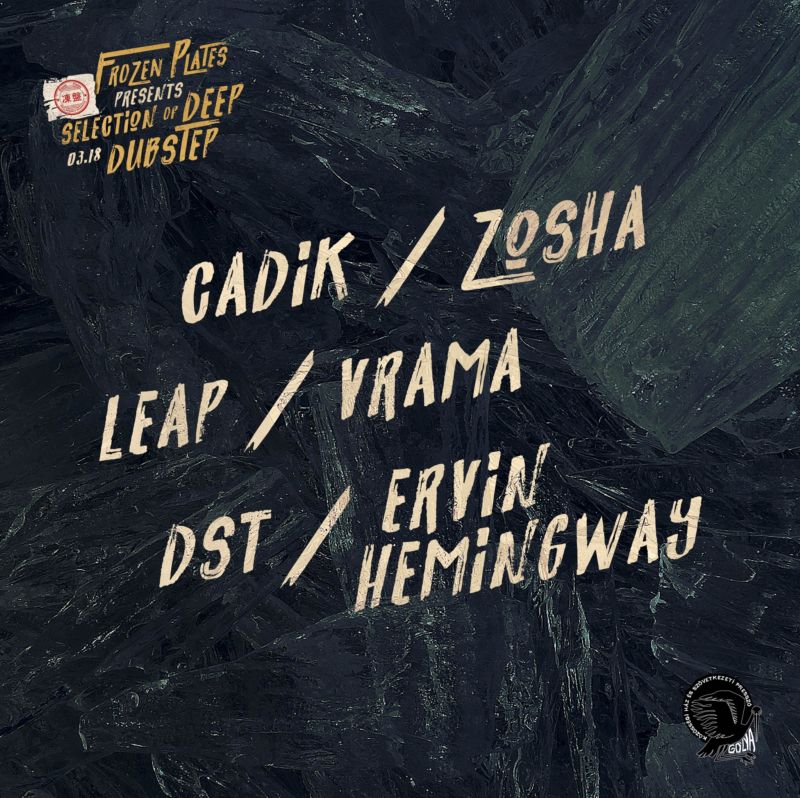 From the soundcloud of the label:

Our first cut this year comes from none other than North American bad boy Ego Death. He's been making some serious moves, with releases on well-respected labels like Infernal Sound, Foundation Audio, CNCPT, and Locus Sound. For this occasion we have a four-track EP on a double 10" release. This is the first 2 x 10" EP we’ve made, but it won’t be the last!

The next Frozen Plates comes in some days with 2 awesome subbass-killer track from Champion Sound and 1 great bonus-track from Distant Roots & Hotcut!

From the soundcloud of the label:

Nikita Mironov, Igor Nesvetaev, and Serge Kiselev are no strangers to a good drum ‘n’ bass track. Working together as the three-man production powerhouse known as Champion Sound, they’ve released no less than two dozen such tracks over the past two years. Dub Raw, Dub Communication, Through These Eyes Records, Defrostatica Records, Unchained Recordings and Kniteforce Records are among the labels where Champion Sound sounds can be found. Throughout it all, Neeketone, Distant Roots, and General Koondoongoo, as they’re also known, have helped plant Russia firmly on the 160-180 bpm map.

Now on their latest outing, the Muscovite bad boys have concocted a coupla tracks of the sort that we at Frozen Plates absolutely thrive on. While hints of their junglist roots are easily discernable, nods to reggae, dub and even dancehall similarly punctuate the sound schematics. It’s a smorgasbord of bass dynamics that will nestle nicely in any 140 set, whilst enlivening dancefloors in the process. Saying it loud and proud, FZP17 is where Champion Sound’s latest can be found!

Keeping with precedent, Frozen Plates is making 30 black 10" vinyl available, but for this special occasion, red and transparent variants will be available as well. Three producers, three colors :) All records are hand stamped, and all are cut by our favourite cutting houses, namely Pressure Mastering and Dub Studio.

You can change the language of this site below: